The Census Bureau reported This Week in Real Estate that the U.S. homeownership rate rose in the third quarter to match a five-year high. In other news, according to CoreLogic, homeowner equity rose to an all-time high during the first half of 2019 leading to the lowest negative equity share since 2009. Below are a few highlights from the last week of October that influence our business: 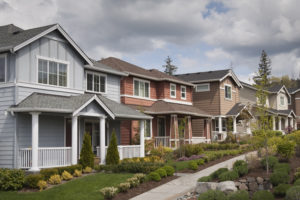 Years of Home Price Growth Drives Negative Equity to New Lows. U.S. home prices have been increasing for over eight years, leading to large increases in home equity and driving down the share of homeowners that have negative equity – or are underwater. At the end of the second quarter of 2019, only 3.8% of all mortgaged homes were underwater. That’s the lowest negative equity share since CoreLogic started tracking the number in 2009. And it’s a far cry from the peak negative share of 26% recorded in the fourth quarter of 2009. On the flip side, equity in real estate has increased to an all-time high. Home equity has risen in 47 states and the District of Columbia. Growth was particularly strong in the western half of the country. Borrower equity rose to an all-time high in the first half of 2019 and has more than doubled since the start of the housing recovery. We can expect this, combined with low-interest rates, to support spending on home improvements and possibly improve the balance sheets of households who take out home equity loans to consolidate their debt. 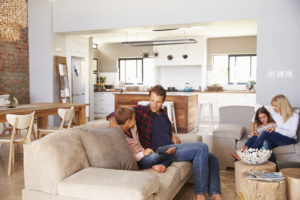 U.S. Homeownership Rate Rises in 3Q. The U.S. homeownership rate rose in the third quarter to match an almost five-year high set in the final three months of 2018, the Census Bureau reported on Tuesday. The 64.8% share of American households that own their residences increased from 64.1% in the second quarter, the report said. The rate has been trending higher since reaching a five-decade bottom in 2016 after 10 million families lost homes to foreclosure in the wake of the financial crisis sparked by defaults on risky mortgages. 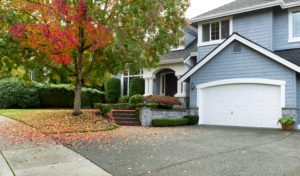 Fed Lowers Target Rate for Third Time in 2019. The Federal Reserve reduced the target range for the key, short-term federal funds rate by 25 basis points to a top rate of 1.75% at the conclusion of its October Federal Open Market Committee (FOMC) meeting. This was the third cut in 2019, almost fully reversing a set of increases enacted in 2018. The FOMC views these enacted reductions as part of a mid-cycle (mid-late-cycle may be more accurate) adjustment to ensure economic growth continues.  A reading of the changes in the Fed statement (removal of the phrase act as appropriate “to sustain the expansion”) suggests that interest rate cuts are now on pause for the remainder of 2019. Nonetheless, the more dovish 2019 stance of the Fed is good for housing and home building, as forecasts for slow growth continue to be a headwind for additional construction expansion, particularly after the housing affordability crunch of 2018. The evolution of the Federal Reserve monetary policy over the last year is an important reason why mortgage interest rates have declined from late-2018 cycle highs. Given that the housing market faced a 10-year low for housing affordability last Fall, the Fed’s approach is a net positive for future housing demand and home construction, while offering a small offset for rising construction cost