As we usher in a new decade the real estate market ends the last decade enjoying the lowest level of foreclosure starts of the millennium, according to Black Knight This Week in Real Estate. Below are a few highlights from the first few days of 2020 that influence our business:

Home Equity Rates Expected to Remain Low in 2020. The presidential election occurring in late 2020 will be a boon to home equity borrowers, regardless of who wins, according to a forecast from Bankrate. That’s because the Federal Reserve will try to sit on the sidelines this year to avoid the appearance of influencing the political process, said Greg McBride, Bankrate’s chief financial analyst. That would keep the U.S. prime rate at its current 19-month low, he said. Home equity rates “would largely hold steady if the Federal Reserve isn’t changing interest rates,” he said. “It’s the best of times for home equity borrowers,” Bankrate’s forecast said. “Interest rates are super-low and the Federal Reserve, after cutting rates three times in 2019, has indicated that rate hikes are not on the horizon in 2020.” U.S. homeowners are sitting on $6.2 trillion in untapped home equity, according to Black Knight.

Pending Home Sales Expand by 1.2% in November. Pending home sales increased in November, rebounding from the prior month’s decline, according to the National Association of Realtors. The West region reported the highest growth last month, while the other three major U.S. regions saw only marginal variances in month-over-month contract activity. Pending home sales were up nationally and up in all regions compared to one year ago. The Pending Home Sales Index (PHSI) rose 1.2% to 108.5 in November. The index in the West grew 5.5% in November 2019 to 98.4, an increase of 14.0% from a year ago. Year-over-year contract signings jumped 7.4%. At the recent NAR Real Estate Forecast Summit, the consensus forecast called for 2.0% GDP growth, a 3.7% unemployment rate and a 3.8% average mortgage rate in 2020. Home prices were projected to rise by 3.6% in 2020 after a 5% gain in 2019. 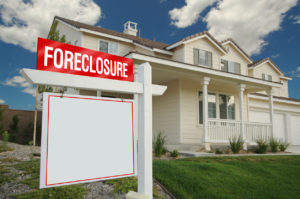 Housing Affordability Brings a Wave of New Buyers to the Market﻿